Seafowl consists of several components. It ships with self-contained defaults, but supports advanced deployment patterns through swapping out some of the components. 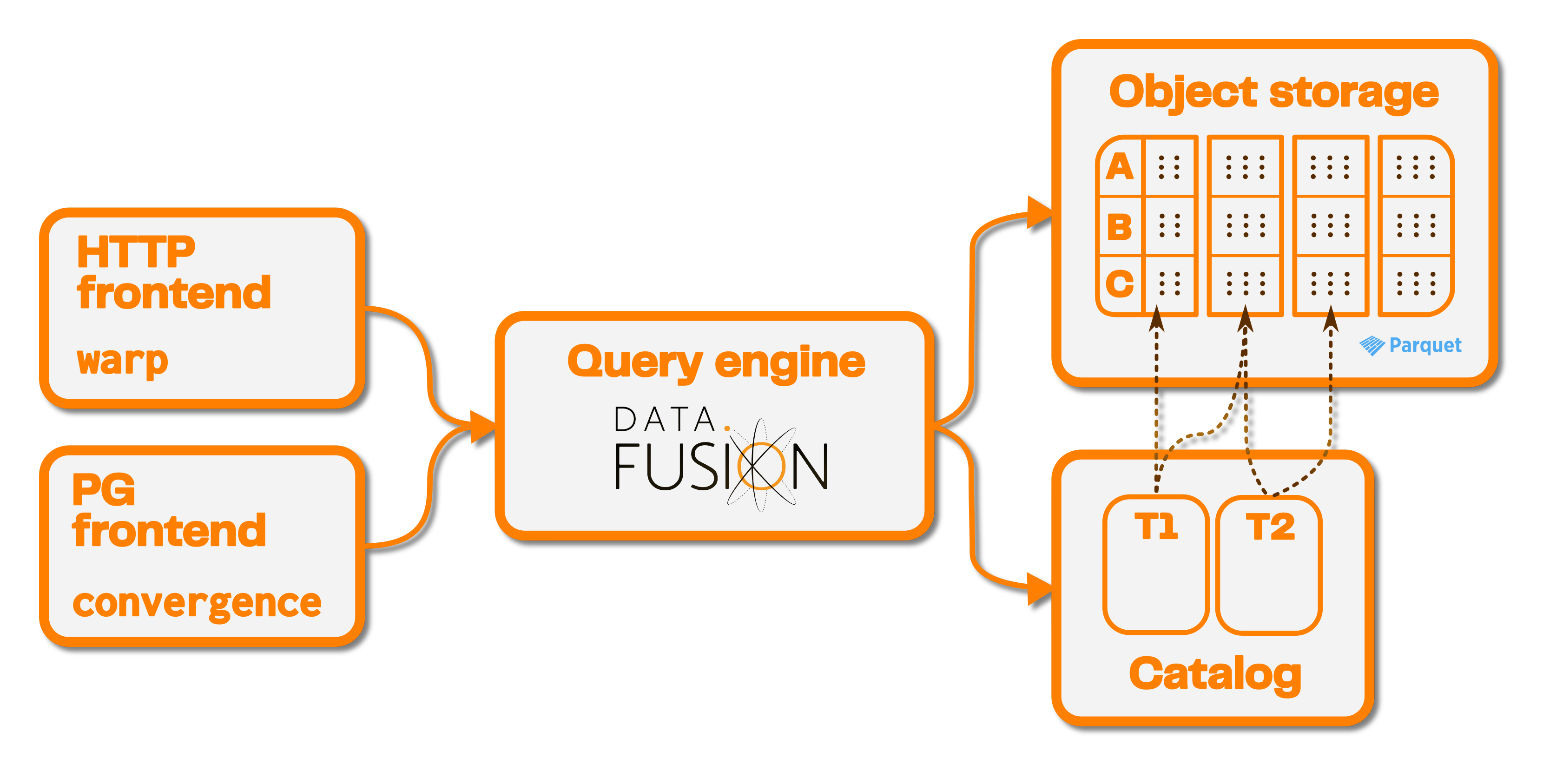 This component relies heavily on Apache DataFusion for query planning and execution. It runs the actual queries and manages the other components.

This is a database that contains Seafowl metadata: mappings from tables to partitions, table and function definitions, data for partition pruning, etc.

This is where Seafowl stores the actual data (what it calls partitions) as Parquet files.

Seafowl uses the object_store crate to abstract away the details of the particular object storage. The crate itself supports other popular object stores like Azure and GCP, so Seafowl could theoretically run against those too. We don't officially support this, since:

This is how you query Seafowl. We only support two: 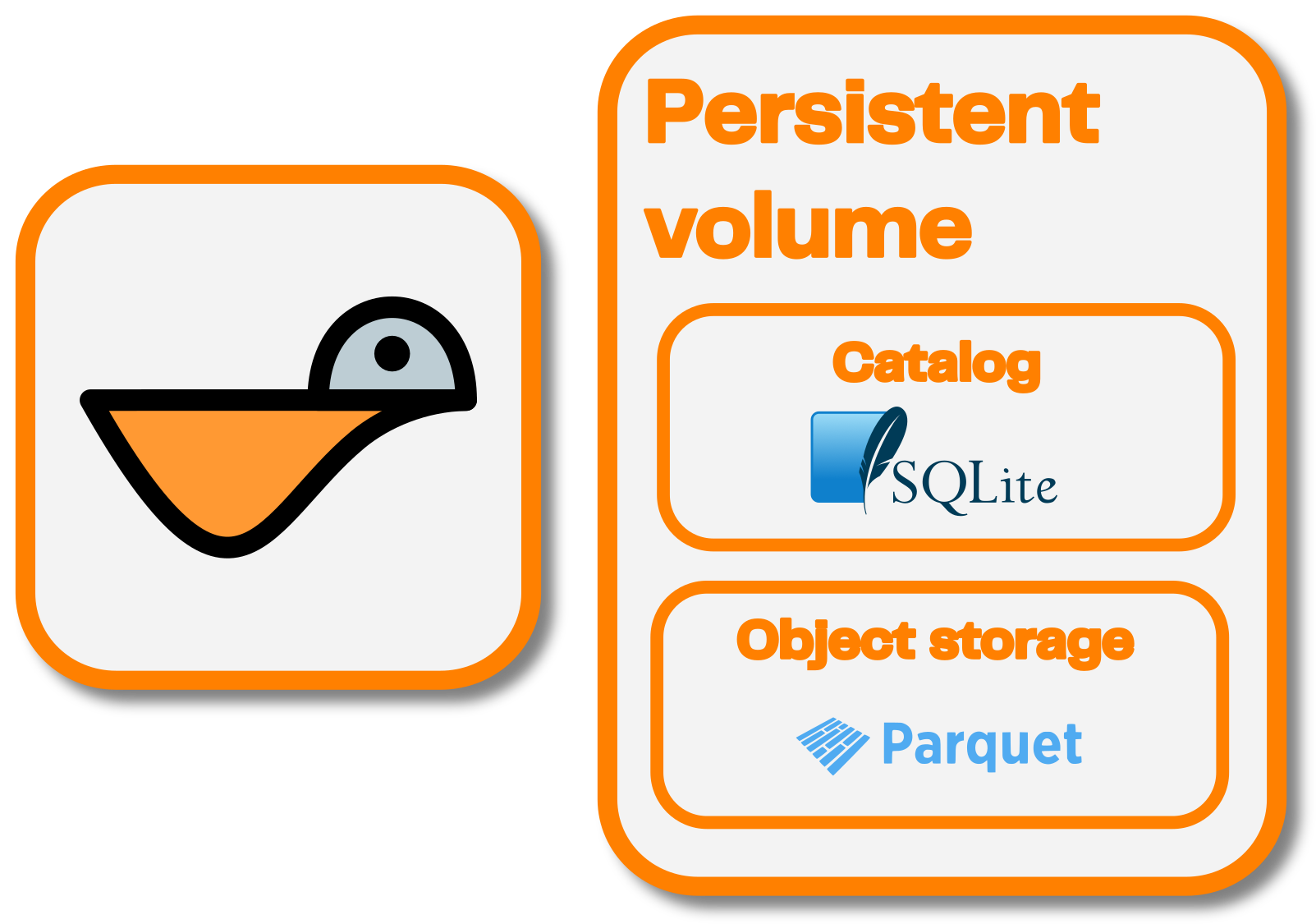 The default configuration for Seafowl is a local filesystem store in ./seafowl-data and a SQLite catalog in ./seafowl-data/seafowl.sqlite. We do this so that you can easily get started with Seafowl without extra dependencies.

Splitgraph Limited, registered in England and Wales No. 11657324